OFFENDING MUSLIMS: IS THERE A HIDDEN AGENDA?

Living under the threat of a major, global Islamic outrage is Swedish artist Lars Vilks. 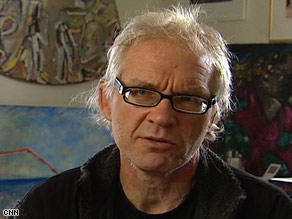 This man had drawn a cartoon of the Prophet Mohammed as a dog. Of all things, a dog, reviled by Islam as a dirty and low animal! Al Qaida had placed a bounty on his head to the tune of around $150,000.
The two sides of this issue are clearly polarised and typical: the artist’s ‘right to expression’ versus the religious outrage and vengeance that is mandated by Islam for any such act of sacrilege. 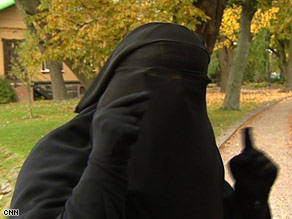 Now, I have always been on the side of the underdog, no pun intended. I have defended the rights and freedoms of artists in the past, and have attacked religions for their essential irrationality, intolerance and collectivism.
However, on this event, I have my own two cents to offer.
I think this is a publicity stunt by a mediocre artist who has ambitions to historic immortality. Aspirations to the eternal glory of being the one to cock a heroic snook at the Islamists who, the West knows from experience, are intolerant to anything outside their book. He probably must feel that the risk to his life will be covered anyways by the State, and that he will tide over the immediate threats, then end up basking in the permanent fame brought about by world-wide media attention.
I have to ask why an artist (though he is well within his rights to do so) feels the need to paint or draw Jesus as a pedophile, or the Prophet Mohammed as a dog. Is his atheism overwhelming him such that he cannot but be so offensively contemptuous of religious figures? Or he has no other issues that command his attention?
I rather think not. I feel this is a good business tactic. Vilks’ next commission will be worth a fortune because this controversy is great for his business.
Perhaps it is time for us to take a break from spending our time defending these artistic rabble rousers and identify them for what they could well be: opportunistic mediocrities that need to be ignored.
Ignore this: who am I kidding? These actions are calculated to cause the maximum offense to the target audience. The artist surely knows that no Muslim can ignore this. Hence, as a strategy, this is invariably successful.
However, even if the world ignores this ‘art’, it would underscore one important point that Vilks himself advocates: “If you don’t like it, don’t look at it. And if you look at it, don’t take it too seriously. No harm done, really.”
Except to his own (expensive) safety and peaceful existence.

23 responses to “OFFENDING MUSLIMS: IS THERE A HIDDEN AGENDA?”